Five Quick and Easy Ways to Upgrade Your Brand Visuals

Having a professional looking visual brand isn’t a challenge with these five quick and easy ways to upgrade your visuals!

You don’t have to be a professional designer to have good lookin’ graphics and visuals. While it might be a little counterintuitive for me to say, I whole-heartedly believe it. There are so many great design programs out there that help anyone and everyone create ah-mazing design pieces.

As a complete sidenote: I believe everyone is creative, so let’s just wipe the excuse ‘But, I’m not creative’ from your dictionary.

Today, I want to share a five quick tips that you can implement today to help elevate your brand visuals. They’re easy-to-make tweaks that can carry over into whatever type of graphic you’re making. Need a Facebook cover photo? Refer back to this. Creating a quote graphic for Instagram? Consider this your cheat sheet.

This may be my number one pet peeve. Friends. Ask your designer (or make it yourself if you’re goin’ the DIY route) for a PNG file of your logo. Bonus points if you can get an all-white and all-black variation.

That way, when you need to place your logo on top of pictures or graphics, there isn’t a white background (unless it’s intentional!) around your logo. Most of the time, your logo isn’t the primary focal point of a design. It’s more like a watermark, to help build brand awareness but not draw attention. By using a PNG file that has a transparent background, your able to let the logo blend with the rest of the design so that the main piece of content can be showcased. 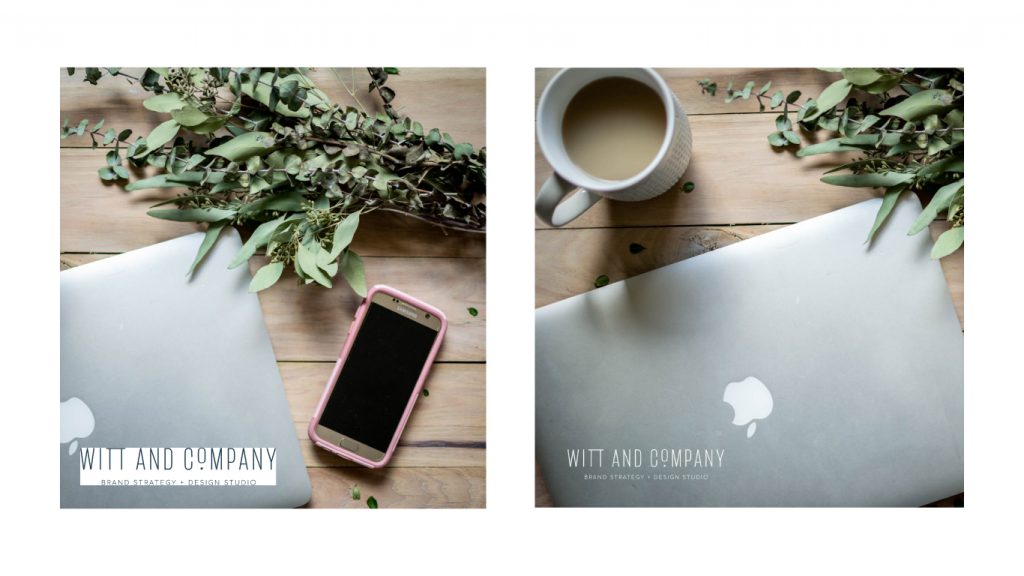 Pick a set of contrasting fonts and stick to them

If you want to make an impact with your design, whether it’s on your website or in a graphic that you’re creating, contrast is your friend. Strong design contrast attracts our eye and one of the simplest ways to bring contrast into your visual brand is with type.

There are tons of free font resources online, as well as a tried-and-true favorite, Google Fonts. Spend an hour playing around with some fonts and see what you’re gravitating towards. Pick one that you’ll use as a heading. Then try a contrasting font for a subheading or body copy.

I’ve pulled together a few examples to show you different ways to bring in contrast. You can do it by pairing a serif with a sans serif. Or, contrasting based on the weight of the font. Or, bring in a little of both. There is no right or wrong way to choose fonts. The key is to pick something and stick. with. it. Consistency is the name of the game here and goes a long way towards creating a recognizable brand. 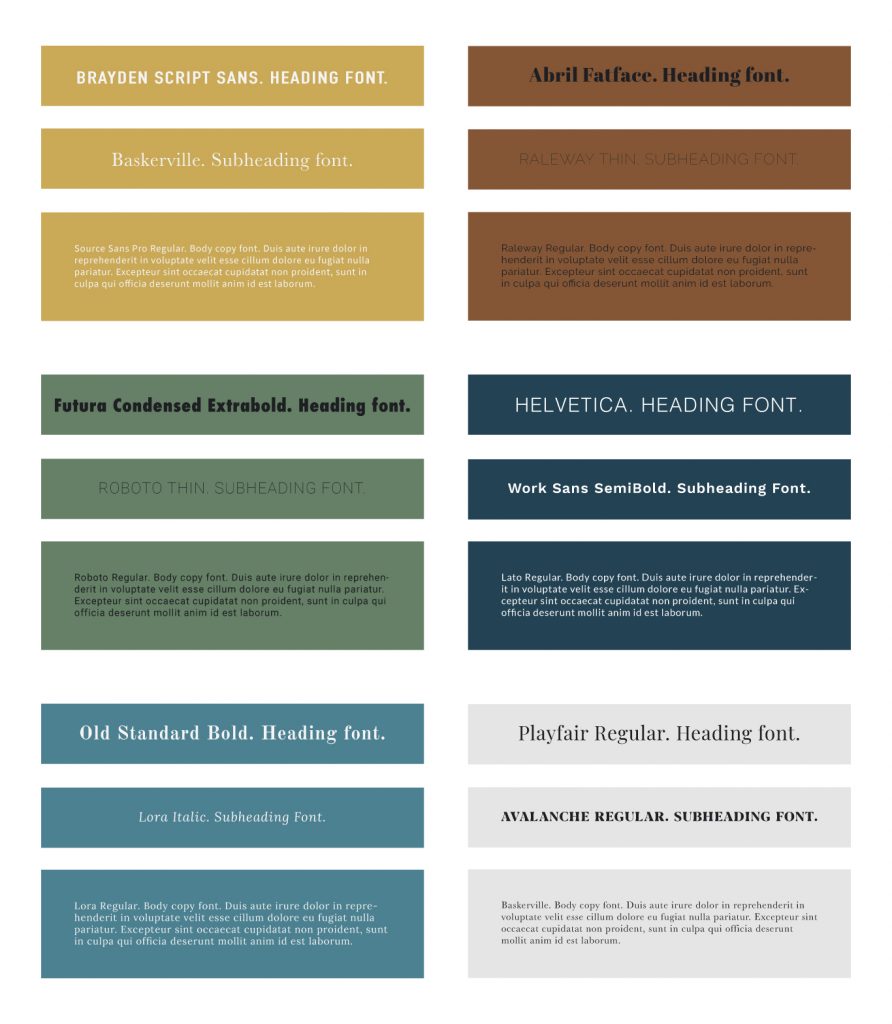 White space is your friend

Adding in white space is probably the number one way to increase the look and feel of every graphic and visual you create. White space, or sometimes referred to as negative space, it the area of a graphic that doesn’t have anything. I think the knee-jerk reaction is to create something and fill the space – because then it’ll draw the eye to the content. However, filling that space often leads to overwhelm. 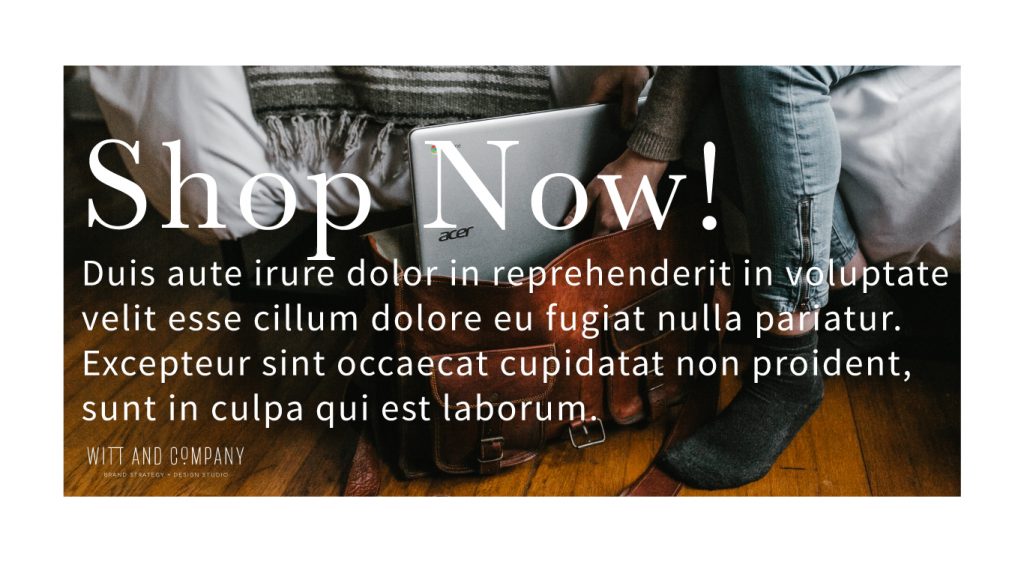 First, if you’re working with text, make yourself a margin around the entire graphic and do not cross that margin’s line. Then, separate out the elements, giving them each a little space to breathe. While adding in white space will most likely result in smaller text, the overall design is elevated and it’s easier to consume for the viewer because it’s not as overwhelming or hard to read. 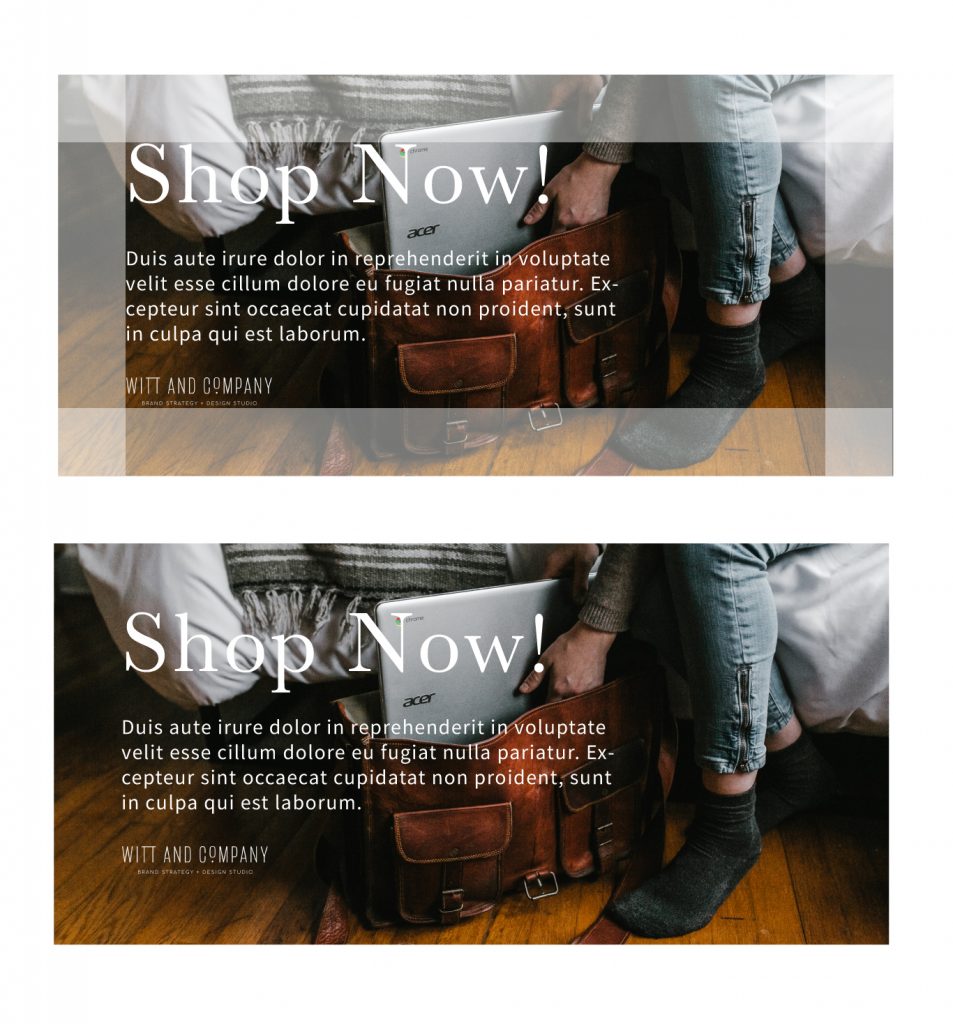 Keep your photo undertones the same

When you look at a picture, it’s often pretty easy to tell which it is, but sometimes not. If you’re struggling with what undertone an image has, put it side-by-side with another image. 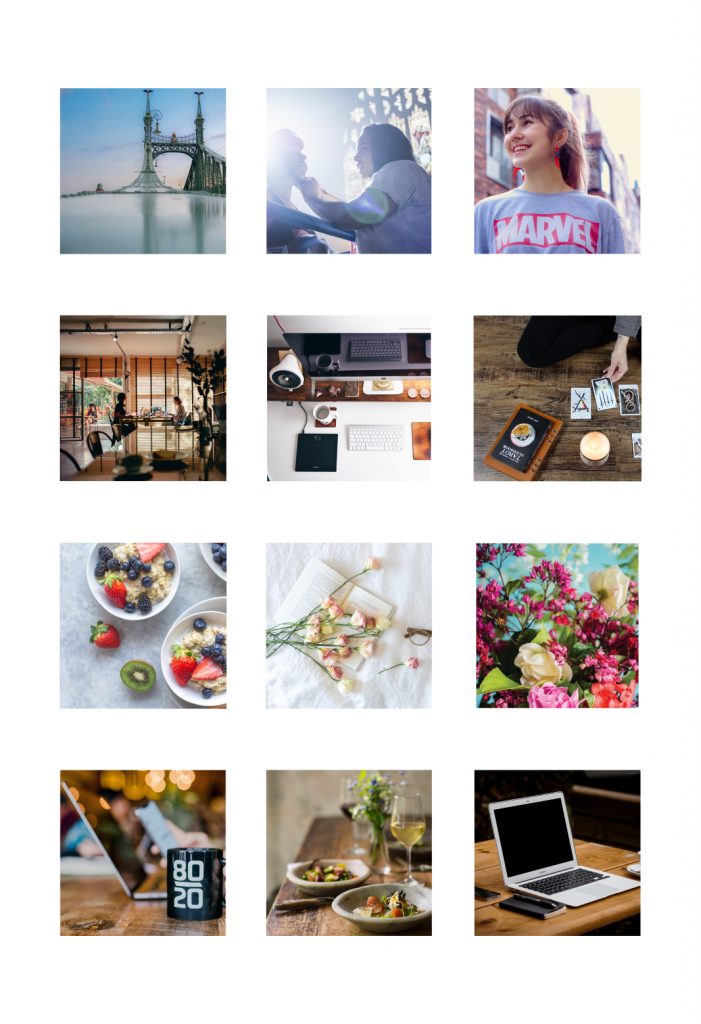 Answer: From the top, the first row is blue, the second is yellow, the third is blue and the fourth is yellow. Again, sometimes it’s more apparent which way the image is leaning. Other times, no so much. As you start to pick up which direction you want your brand images to go, I promise it’ll be easier to notice.

Don’t use your logo font anywhere else

We touched on contrast in tip number two when choosing fonts for your visuals. That same principle applies to your brand’s logo. Your logo is the number one visual representation of your brand. More often than not, it will appear on every graphic, every piece of marketing collateral, your website, your social media channels… pretty much everywhere someone experiences your brand.

Because it plays such a prevalent role in your visual brand experience, you want it to be one-of-a-kind. And, because you want to love your logo, you’ll often choose a font that you will want to use everywhere.

But. This is where the idea of contrast comes into play again. Because your logo is the visual representation of your brand, you want it to hold its own. Which is why the font you use in your logo should only be used in your logo.

Take a look at the two examples below. When you use the same font, there isn’t enough contrast between the message and the logo. Because we’re visual people and we like to rank things in order of importance, we get confused when the same font is used in the logo and in the text. Your brain doesn’t know which is more important or what it should pay attention to.

Now that you have your five tips, go on, start creating and have fun. Also, as a complete mind bend, know that rules are meant to be broken. Especially in design. But, the key is to first understand them, design within their constraints and then, have some fun breaking them!